Beginning in 2014, Invisible Residue is an ongoing series of performances, recordings, images and workshops, all of which are aimed at reshaping our everyday experiences of infrared energy. Each work uses remote control handsets for common devices (such as TVs, video projectors, VCRs and so on) recasting them not as controllers but as producers and projectors of pulsing, digitally encoded infrared.

Invisible Residue considers the curious status of remote controls as being a kind of technological residue, often still in our possession long after the device they came with has gone. These somewhat ubiquitous handsets are becoming increasingly redundant as a range of other wireless technologies (such as Bluetooth) enter the market. As a result, all of the remotes used have either been salvaged from piles of rubbish dumped in the street, or are leftover units donated by friends. 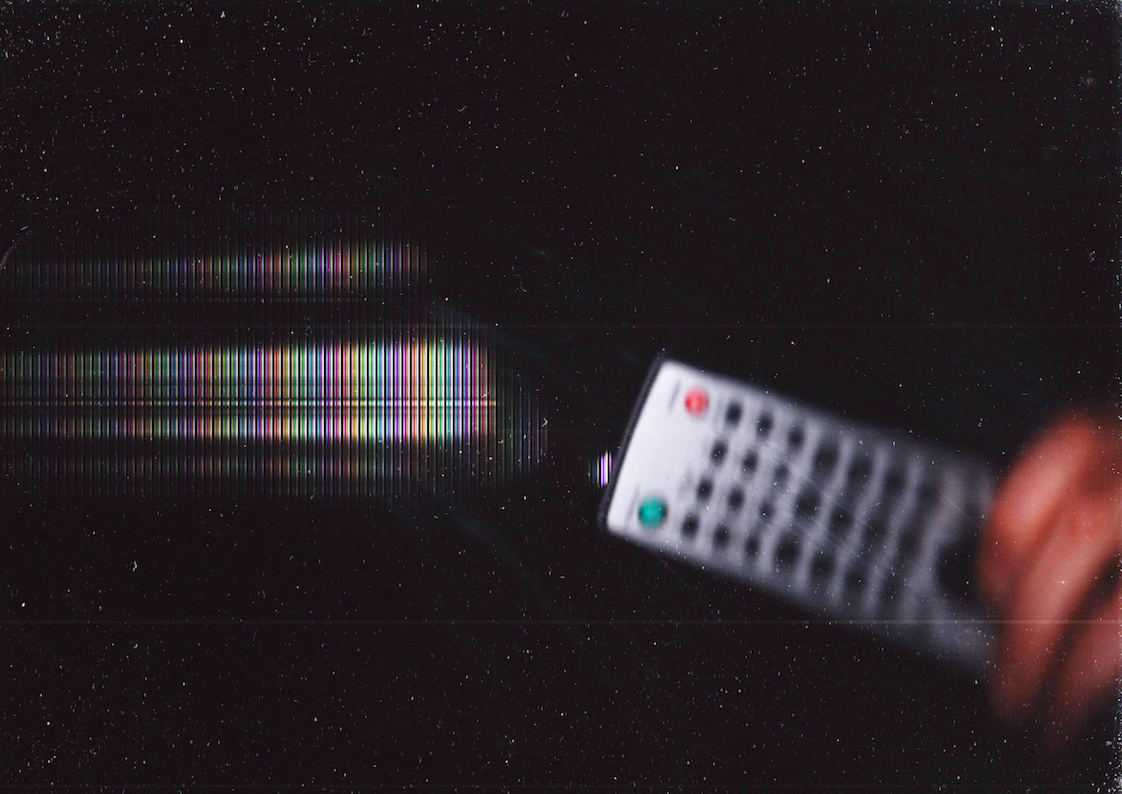 The infrared energy these units produce is also a kind of residue, in that it’s the unseen, unheard and largely unacknowledged part of the process of sending instructions (turn on, increase volume, etc.) to the devices they once controlled. Throughout these works this energy is both heard and seen, and on occasion realigned with a very different area where infrared energy is investigated – deep space astronomy – reimagining how and what these leftover domestic devices might still be capable of.

For the audio recordings, photovoltaic (solar) panels connected to audio equipment act as receivers for the invisible flashes of infrared energy that remote controls use to transmit their digital pulse codes, making them audible. When multiple units are used at the same time (as, for instance, happens on the recordings below) these codes combine and interact, filling the air with a kind of invisible turbulence. No effects or signal processing are used (or even required) for these recordings and performances – the sounds produced are simply the effect of the infrared energy from single or multiple remote controls producing fluctuating voltages in the photovoltaic panels, which we then hear as sound.